We all have that friend that drinks ABC wines, or All But Chardonnay. Maybe even you prefer to stay away from the Queen of Grapes: Chardonnay, but many people don’t realize how much of a varied Chardonnay truly is. 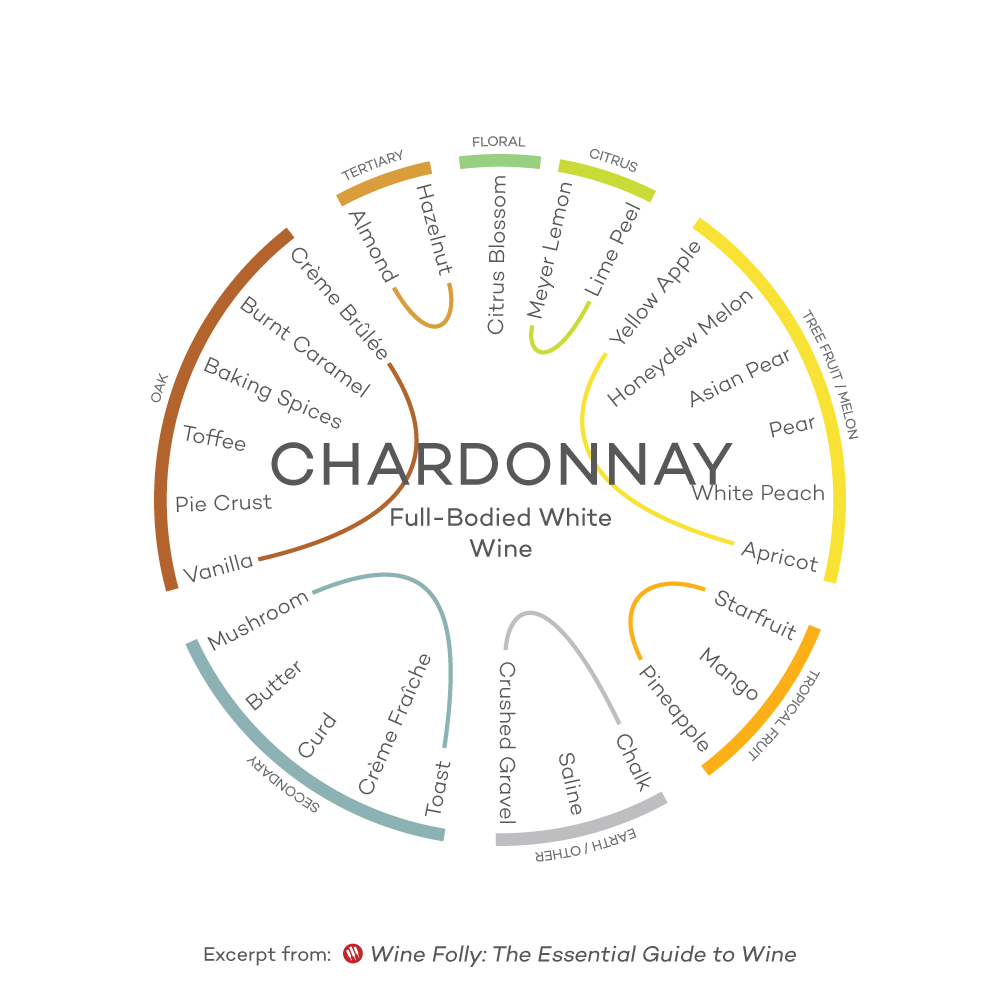 Chardonnay is the most widely planted white varietal in the world, and fifth overall. It’s a winemaker’s grape, growing in a wide range of climates. Unlike highly aromatic whites, like Gewurztraminer, Chardonnay’s flavors compliment the addition of concrete or oak aging, and the acid can be on a sliding scale of low to medium high depending on the style you want to create. It’s not just your typical butter-bomb that became so popular in the US.

Chardonnay can be lean and mineral, with an emphasis on citrus, salinity and acid like a Chablis or rich, French oak in older barrels with flavors of grass, apples and pears like a Puligny-Montrachet Côte de Beaune Chardonnay. Chardonnay can be creamy and sparkling, with notes of brioche like a Blanc de Blanc Grand Cru Champagne and yes, Chardonnay can be full-bodied,smell and taste like butter, and aged in new American oak like a Napa Chard.

Chuck first started working with Chardonnay in 2004. Back then, we produced a white blend of Chardonnay and Viognier called Aspersa. For many years we made this wine and in 2008, we shifted from the Aspersa blend to bottling 100% Chardonnays.

Over the years, Chuck has produced a variety of Chardonnay styles all from Stillwater Creek Vineyard, from stainless steel to oak aged. Planted on the Royal Slope of the Frenchman Hills, Stillwater Creek Vineyard quickly earned a reputation as one of Columbia Valley’s top vineyards, and was the first Columbia Valley vineyard certified “Salmon Safe” from its environmental practices that help protect water quality and habitat for fish and wildlife, particularly native Northwest salmon.

The vineyard has nice elevation, making it well protected in terms of frost damage, but also considerably cooler compared to the neighboring Wahluke Slope AVA. Otherwise known as a diurnal temperature range (the difference between daily maximum and minimum temperatures), Stillwater Creek’s cooler nights and warm days creates a natural balance in the Chardonnay grapes, and gives the varietal incredible acidity that would’ve ordinarily dropped off on warmer sites.

The fruit from this vineyard is used to produce both the Helix stainless aged whole-clustered press Chardonnay (introduced to the wine portfolio in 2010) as well as the Reserve Chardonnay under the REININGER label that’s been aged in a 500L used french oak puncheon on the lees that we started to produce in 2008. In both styles, Chuck prefers to maintain the grape’s naturally high acidity to accentuate its minerality.

Please note: the 2015 Helix Reserve Chardonnay is currently only available to wine club members. It will debut to the public on June 18.