When we think of the 2018 harvest, one thing comes to mind: Flame On! 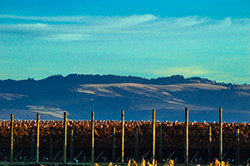 Between the warm spring and the inferno that was July and August, we thought we’d be looking at another record-breaking year in terms of temperatures and a short harvest. What resulted surprisingly was one of the best harvest seasons Washington has seen, one that only comes around once in a blue moon.

Although bud break was relatively average and April was one of the coldest Aprils we had seen in awhile, we experienced a warm spring and one of the warmest Mays on record. June produced a lot of cooler days; July and August was an inferno! Everything seemed to be pointing to another early harvest that would wrap up around the first week in October.

We were even seeing more growing degree days (a weather-based indicator that assesses crop development) than 2015, the hottest harvest on record for Washington State, and thought we’d be breaking records. But September cooled down and exhibited perfect conditions for grape growing. We had long warm days and cool nights that allowed fruit to hang on the vine to get to ideal ripeness. Harvest finished for us the first Friday in November, which is relatively normal. 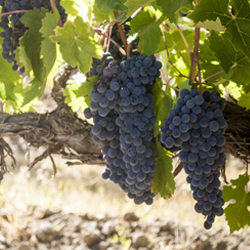 Because it was flame on here in Walla Walla during July and August, and with the smoke, it was questionable as to how long the phenolic development had been delayed and what we might start to see when harvest finally hit. The sugars moved right along, the ripeness was going fast, veraison was early, but smoke inhibits UV rays and potentially phenolic development too. As harvest approached the distance between the brix (sugars) and where the phenolics should be kept getting larger. This is a problem because as we wait for the color, flavors and tannins to develop, the sugars are climbing resulting in higher alcohol and potentially lower acidity.

Fortunately this year, the acid hid itself and that’s a trend we’ve been seeing in these hot years, like 2015 and 2017 and the acid was right where we wanted it for a balanced wine.

What was amazing about the 2018 harvest was this was the first time we’ve ever harvested Syrah prior to the Merlot. The past couple years they ripened at the same time, but this year the Syrah was a few days earlier and many winemakers around the Valley believe 2018 will be an outstanding year for Syrah and other Rhône-style wines. 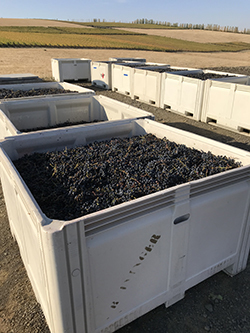 Our winemaker, Chuck, thinks 2018 will be a showstopper year for Cabernet Sauvignon. “The cabs are looking really nice because that July-August flame on heat cooled off in September and October and we saw some great phenolic development there. There is some real nice bright dark fruit notes, good medium tannin structure, nice acidity and we’re seeing some great aging potential out of these Cabs. We also are working on a fun, interesting experiment with Cabernet Sauvignon and that is a port-style wine. 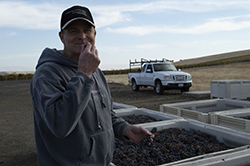 “Merlot is also showing really nice from 2018. I was concerned with the Merlot earlier in the summer because of the heat and the acid, but it came out really great.

“For whites, I think this will be a showstopper year for Chardonnay. Stillwater Creek Vineyard was able to retain some great acidity in the Chardonnay and we’re excited to bottle it this spring. We also expanded our rosé program for the 2018 vintage and I’m pretty stoked for how it turned out. At Stillwater Creek, the upper part of our rows of Sangiovese Clones 19 and 23 tend to be more vigorous which is great for rosé. We did a traditional style rosé that was whole cluster pressed into stainless steel tanks and we’re shooting for around 150 cases that will be bottled in the spring, almost double what we made in 2017,” said Chuck. 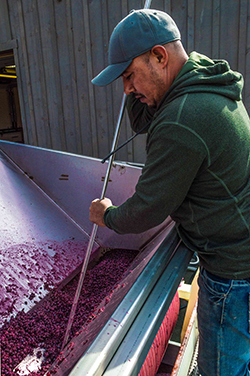 Right now all our reds are finishing up malolactic fermentation or “malo” in winemaker’s speak. Malo is the conversion of tart malic acid into softer lactic acid that creates that round mouthfeel in wines and increases the body. Most reds and some whites worldwide go through this for a fuller integration of flavors and oak characteristics. Here at Reininger, we let our red wines go 100% through malolactic fermentation, but none of our whites. We believe that our whites display more of their true varietal character when they don’t go through malo. (This is also why our chardonnays lack that “buttery” taste.) It’s all part of being true to the fruit and educating consumers. By not letting our whites go through malo, we believe you can truly experience what the varietal is supposed to taste like. 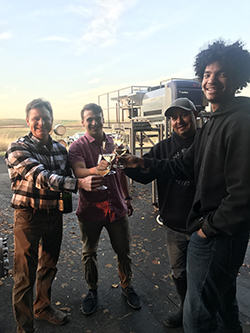 Just prior to the holidays, we started chromatography testing which allows us to see if and how far malo has progressed. If there has been no action or it malo is moving very slowly then we will inoculate. We try not to inoculate, especially the Walla Walla fruit, because it becomes harder to identify potential issues in the wine and how to correct it. You also increase your chances with a stuck fermentation by inoculating because that is fighting for the same nutrients as the yeast. The grapes from Walla Walla tend to go through fermentation on their own pretty easily without having to inoculate so right now we’re just playing the waiting game.

What’s to come? This month we will start our blending trials for most of the 2017 reds in preparation for spring and summer bottling.